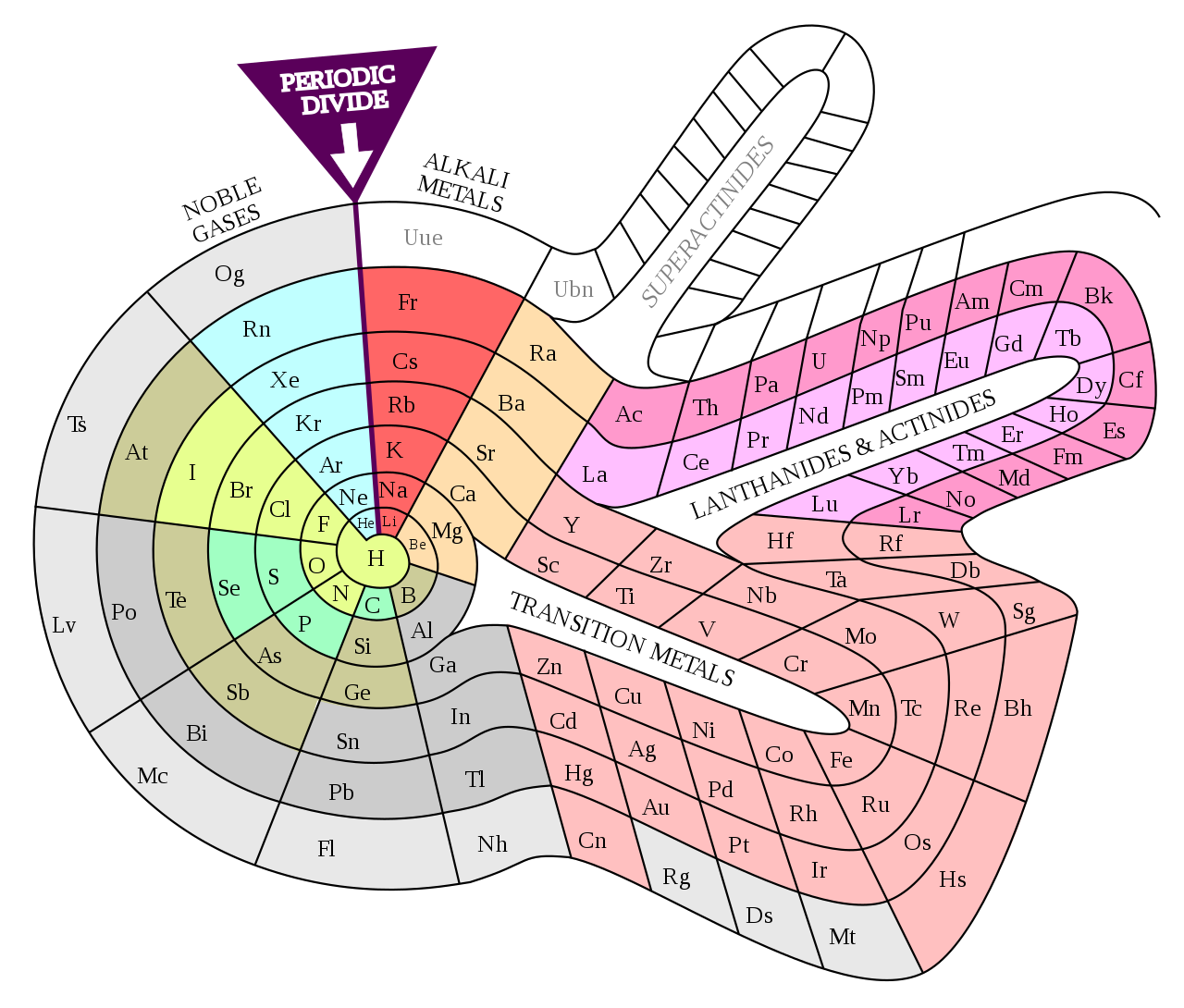 Since Dmitri Mendeleev first created the periodic table, there have been numerous proposals to change the layout. Chemists to this day still cannot agree if a table is the best way to arrange the elements.

The table arrangement does offer the benefit that the lightest elements with just one shell (holding two electrons) are placed first, with different groups created for larger particles with larger numbers of electrons. For example, group 1 elements have one electron in their outer shell whereas group 2 have two. However, this does not always fit together so nicely.

The periodic table has been modified in the past where initially, elements were organised by atomic weight, but are now ordered by number of protons in their nucleus. More recent proposals include creating a continuity diagram rather than imposing artificial breaks in the table.

Some issues that have been raised with the current layout are: (i) the location of hydrogen and (ii) grouping dissimilar metals. For example, hydrogen has one electron in its outermost shell and hence belongs in group 1 with lithium and sodium. However, hydrogen is a gas and not a metal which makes its location strange. Another peculiarity is the placement of mercury, which is grouped with zinc and cadmium, all metals although mercury is a liquid at room temperature.

These and other peculiarities have led chemists to propose hundreds of different variants of the period table which can be found here.