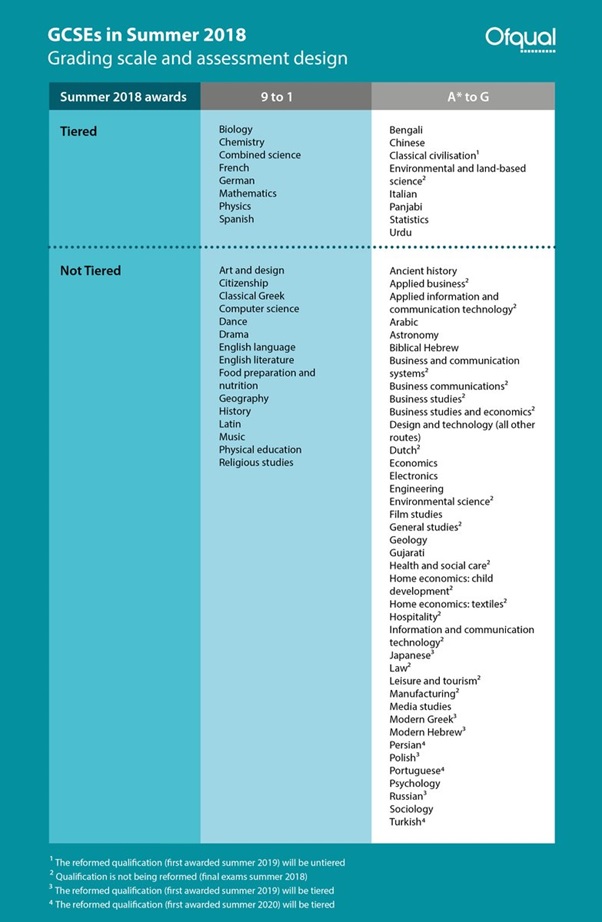 The GCSE results are out and it is helpful to know the new grading system:

– According to one estimate by Cambridge Assessment, as few as 200 candidates could get a clean sweep of grade 9s across all of their GCSEs this year.

– Traditional A* to G grades have been replaced with a 9 to 1 system, with 9 the highest mark.

– English and Maths GCSEs – as core subjects taken by all teenagers were the first to move to the new system, with numerical grades first awarded last summer.

– This summer another 20 subjects moved to the new grading system (see attached picture).

– This change is only happening in England.