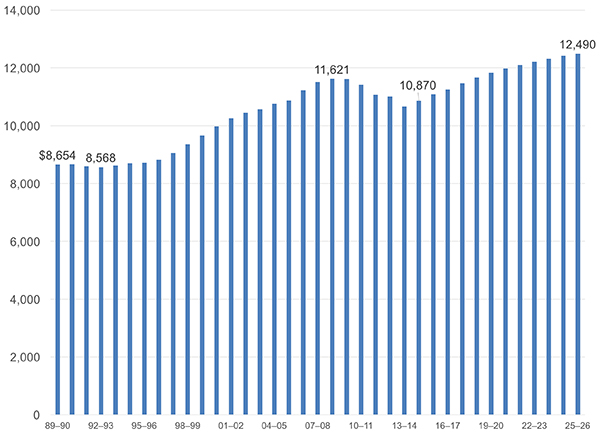 Expenditure on education is dependent on each country although it is interesting to observe the trends of other nations to estimate policy in the UK. Data published in the United States showed that in 2015-16, the average expenditure for public school students was $10,870, based on 2015-16 constant dollar inflationary calculations.

This information is provided by: http://educationalpolicy.org/publications/EPIGraph/default.htm